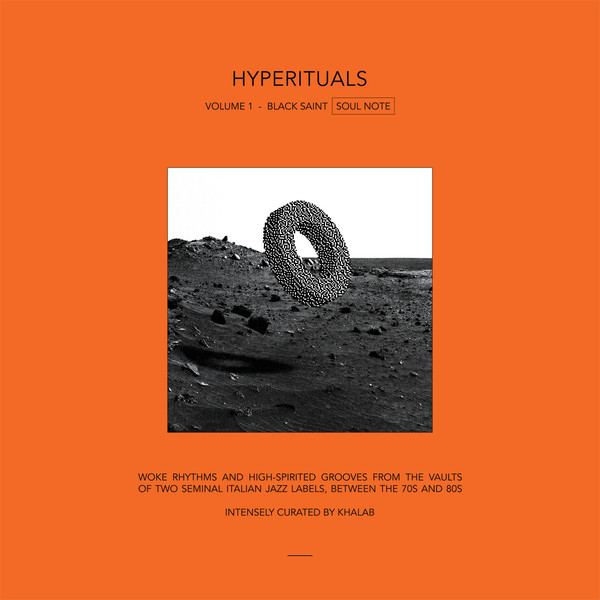 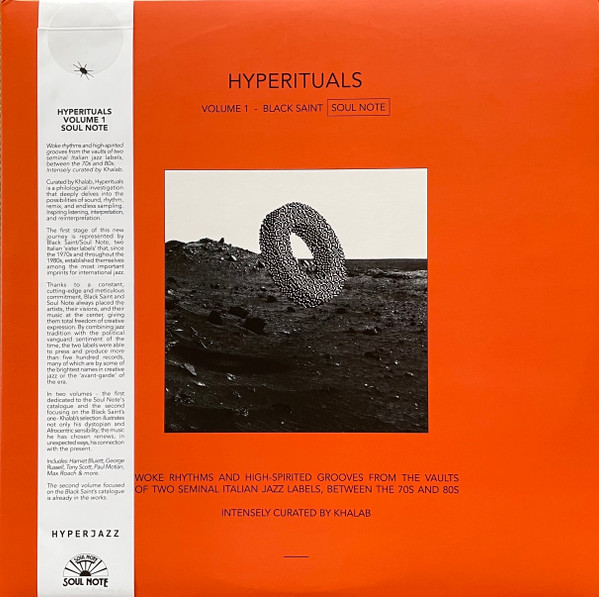 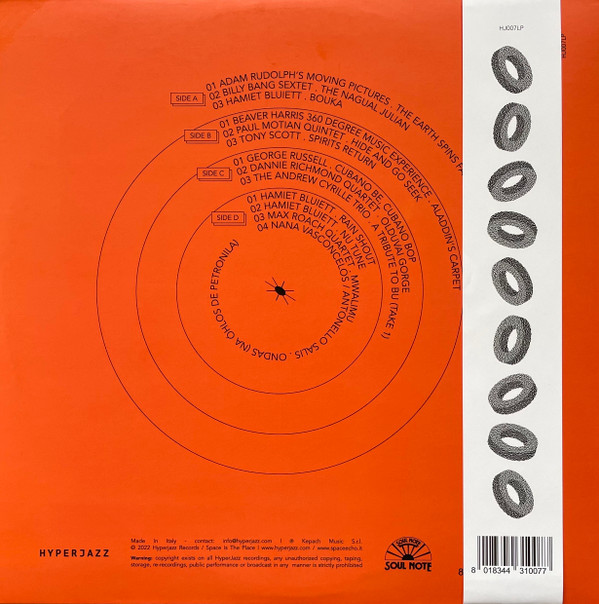 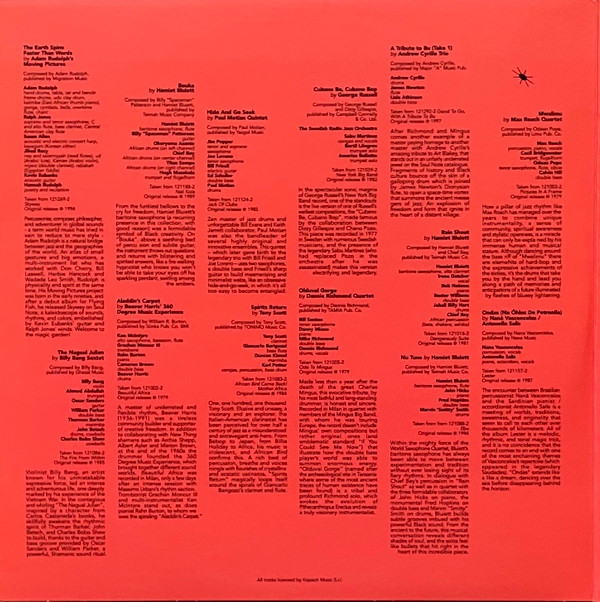 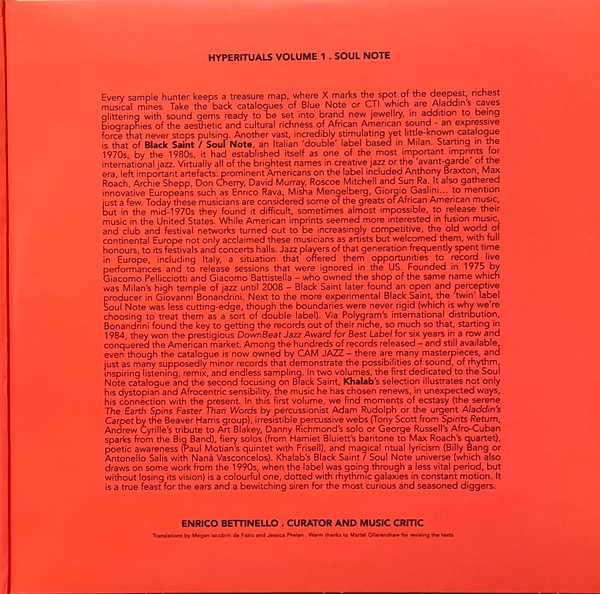 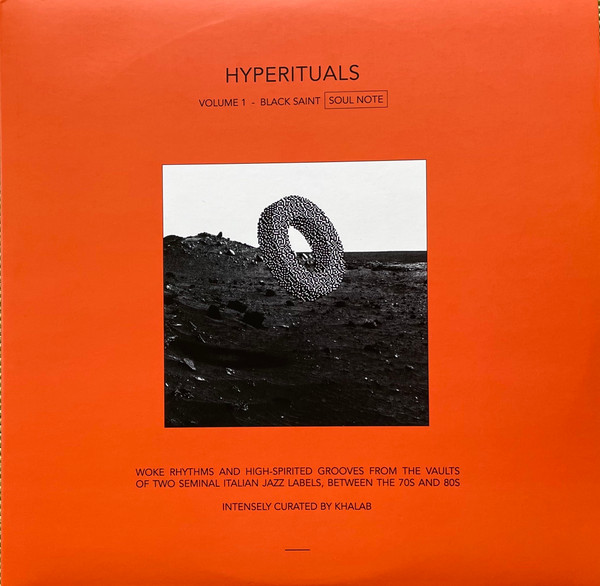 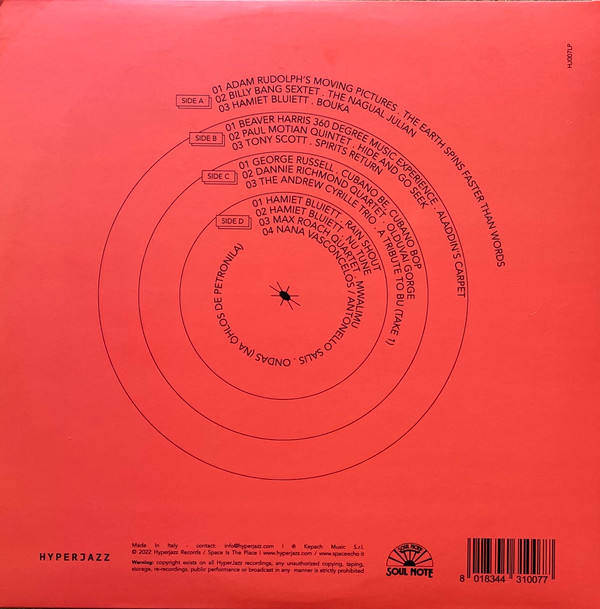 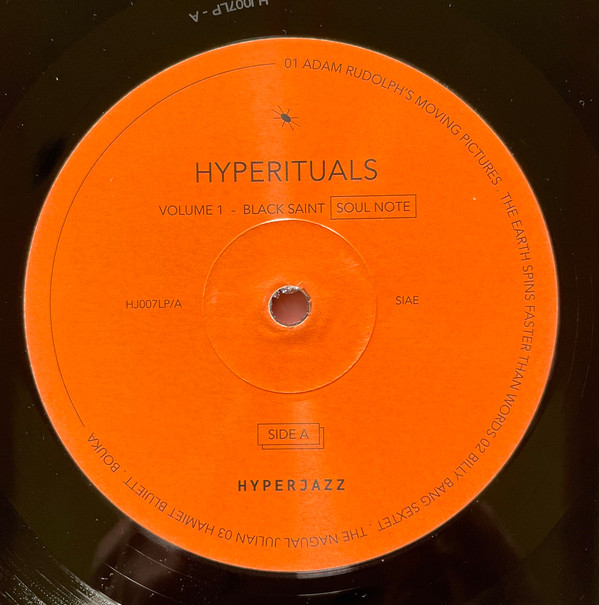 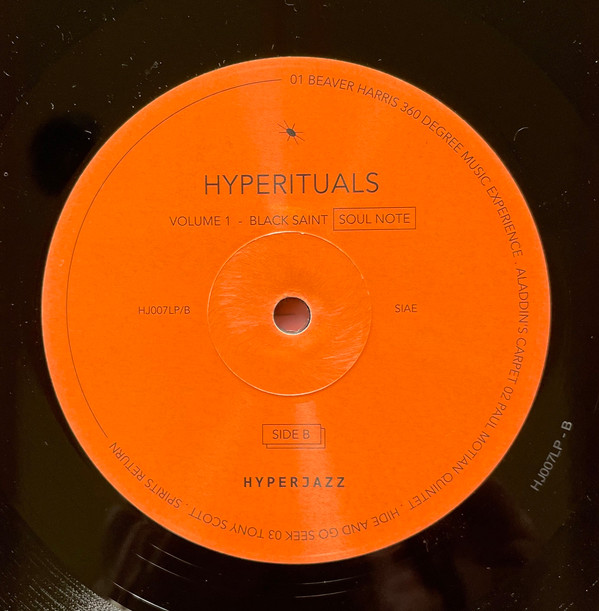 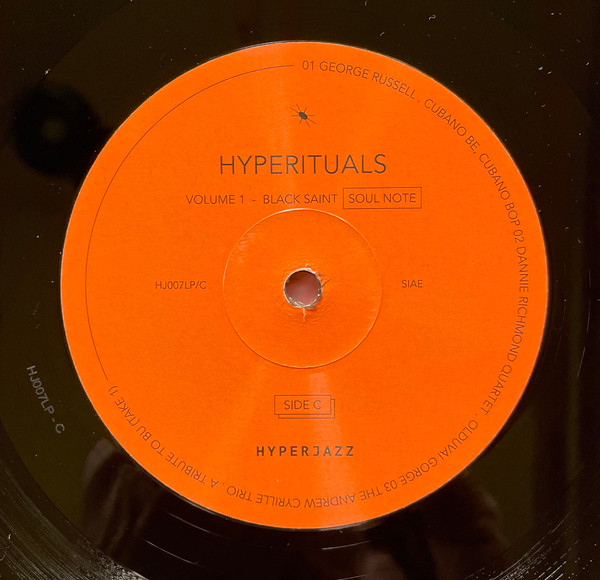 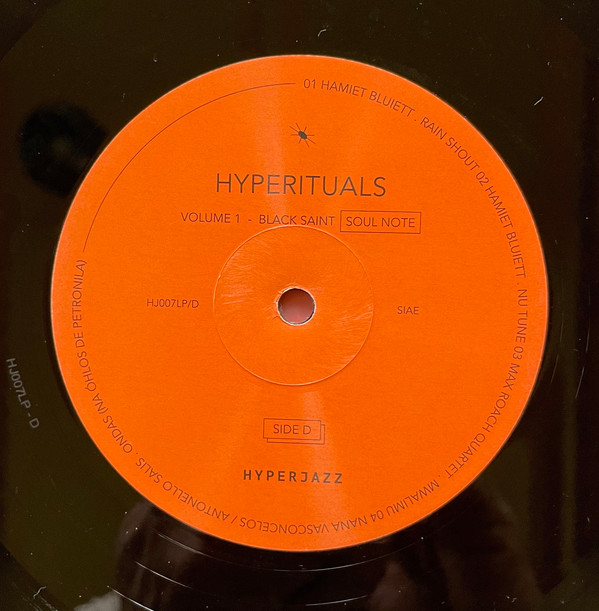 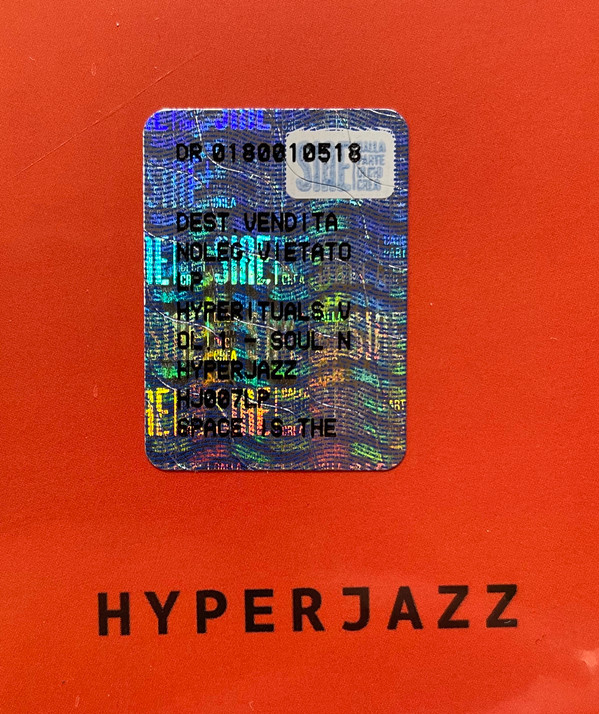 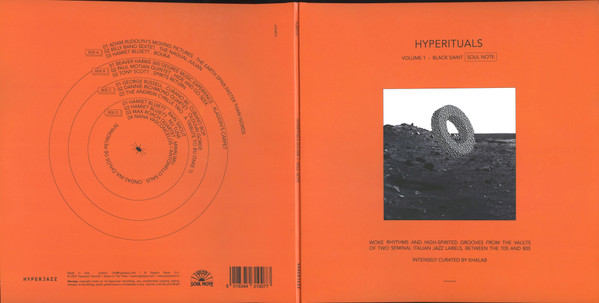 Woke rhythms and high-spirited grooves from the vaults of two seminal Italian jazz labels, between the 70s and 80s. Intensely curated by Khalab.

Hyperituals is part of the new research path undertaken by Hyperjazz Records. Entirely curated by Khalab - Raffaele Costantino, HJ’s founder and head of A&R - Hyperituals is a philological investigation that delves deeply into the musical influences and cultural roots of the young Italian label. The theme that runs through Hyperituals is the exploration of the possibilities of sound, rhythm, remix, and endless sampling. Inspiring listening, interpretation, and insight. Is it an exercise in crate-digging that explores the past of some of the most important yet sometimes forgotten record labels and aims to bring to light music that is contemporary both in its sound and its message.

The first stage of this journey is represented by Black Saint/Soul Note, an Italian ‘double’ label based in Milan that, since the 1970s and throughout the 1980s, established itself as one of the most important imprints for international jazz.
Founded respectively in 1975 by Giacomo Pellicciotti and in 1979 by Giovanni Bonandrini (to whom Pellicciotti sold Black Saint in 1977), Black Saint and Soul Note have represented a safe haven for incredible and brilliant artists who were unable to find their space elsewhere.

By combining jazz tradition with the political vanguard sentiment of the time, the two sister labels were able to press and produce more than five hundred records (still available today - the catalogue is now owned by CAM Jazz), many of which are by some of the brightest names in creative jazz or the ‘avant-garde’ of the era. Black Saint and Soul Note always placed the artists, their visions, and their music at the center, giving them total freedom of creative expression. It is thanks to this constant, cutting-edge and meticulous commitment that today we have some of the shiniest musical gems by Sun Ra, Archie Shepp, Don Cherry, Max Roach, Anthony Braxton, David Murray, and many others. And it is this long list of jazz gods and idols that led the two labels to be recognized as the best in the world by critics, winning the DownBeat Critics Poll for Best Record Label for six years in a row, from 1984 to 1990, conquering the American market.

This first double gatefold vinyl volume is entirely dedicated to the Soul Note catalogue. Khalab’s selection - focused on rhythms, grooves and Afrocentric traditions - demonstrates how this music, through its sensibility, can renew our connection to the present in unexpected ways. As the curator and music critic Enrico Bettinello writes in the compilation’s liner notes, in this volume “we find moments of ecstasy, irresistible percussive webs, fiery solos, poetic awareness, and magical ritual lyricism.”

The Andrew Cyrille Trio - A Tribute To Bu (Take 1)

Hailed by none other than Seun Kuti as “one of the best things to come out of Lagos”, Nigerian trumpeter, composer and bandleader Etuk Ubong has developed an original style he calls “Earth Music”.Weaving together a unique combination of not only afrobeat, highlife and jazz, but also the ritualistic drumming of Ekombi, the result is urgent and highly energetic, yet spiritual; his compositions reflecting his heritage and life philosophy of goodwill, peace and love for humanity. Ubong’s music is so vibrant and propulsive that one can easily make comparisons with leading lights of the UK scene, such as the Shabaka Hutchings-led Sons of Kemet, but at the same time it is distinctly Nigerian.Ubong was invited by Night Dreamer to record at Haarlem’s Artone Studio, home to an enviable collection of vintage mastering and recording equipment and situated right above a pressing plant. He assembled an international ensemble of the highest calibre to record his compositions direct-to-disc, avoiding the interference created by widely adopted recording techniques and capturing his enigmatic live performance in its most natural and explosive form. Ubong is joined by another Lagos-based musician, Michael Awosogo, also on trumpet, and a hand-picked group of UK and Netherlands-based musicians who finally after an impromptu show the night before, recorded the whole album in just one sitting on the last day of the five-day session.Much of the music is incredibly fast-paced, and politically charged, particularly on titles such as “African Struggle” and “Mass Corruption'', with Ubong featuring on both trumpet and lead vocal, leading a five-piece brass section over the percussion-heavy rhythm section and soulful keys supplied by Vels Trio’s Jack Stephenson-Oliver. Etuk uses music to address not only injustice but also humanity and spirituality, most notably on “Spiritual Change”, a deep cut on which Etuk reflects on Africans need for internal change before they can address the problems around them, stands-out among the rest of the album.

Free As You Wanna Be…